Rethinking Power Relations –
for a decolonized and non-racial world

Literature as a mirror of societyA TIGER DOES NOT PROCLAIM HIS TIGRITUDE, HE POUNCES!

A woman sorts books on a shelf in the pavilion of the host country Brazil at the Book Fair in Frankfurt am Main 2013 | Photo (detail): Daniel Reinhardt © picture alliance /dpa
The racist system packs a wide range of different female authors into the shelf of a supposedly monolithic block entitled “black women”, says Brazilian author Cidinha da Silva.
By Cidinha da Silva
0 Comments
If I am to discuss what my black identity means for the literature I do, the proposed subject of this article, first of all it would be necessary to take a look at the position of black women in the literary system of Brazil, including the mechanisms used to promote books, reading materials, literature and libraries – as well as at the literary production of these women and how they are received and criticised.
There aren’t many of us. We’re rare. But that’s not enough for us to be appreciated in our individuality. On the contrary: the racist system takes advantage of the inventory of group membership to say that we’re all the same and therefore we can all be lumped together in a shelf of our own as a monolithic block entitled “black women”. On the other hand there is a strong tendency for black female authors to present themselves as a collective unit for their own protection and for mutual reinforcement.
With this situation as a starting point, we end up with statements like “black women write in a certain way, about this or that, based on this or that assumption”, as if there was such a concept as “the black female writer” in which we can all identify an unvarying version of ourselves.
Furthermore we’re now getting an ear-bashing with a superficial debate about “perspectives”, in which they are trying to reserve the right to express views on certain themes for socio-political subjects who are also the protagonists of those themes. The superficial way in which this political mandate is presented within an often equally superficial understanding of empowerment disguises the substance of the demand that has been coming from feminists and left-wing groups for decades – for conditions under which the voices previously silenced, made invisible and declared subordinate can be heard loudly, clearly and adequately.


An altercation over power

The term “perspective” these days generally means “You (white, male, cis person) are not allowed to express your opinions because you’ve spent long enough obliterating, ignoring, raping me (black person, LGBTIQ*, non-binary, black woman); now it’s my turn to talk, and you’ve got to be quiet.” It’s a figure of rhetoric, because sexism, racism, LGBTQI* phobia and other strategies of exercising power over others used by individual groups of people are complex systems and go far beyond the personal level. And an altercation over power is more than empowerment of oppressed persons in the sense of a purely outward campaign to give power to a person previously excluded from such a status.
Along with other phenomena, this tableau has of late manifested in the literary world through the emergence of a small department  entitled “Black women’s literature” in larger and medium-sized bookshops: a sort of “chicken stuffed with meat and veg”, containing a mixture of self-help books about empowerment, theoretical discourse on all levels, and even literature – books by female authors from Brazil, USA, Africa and the diaspora, which are pushed by the literature system in particular via mainstream platforms and established, legitimised literature festivals and have therefore become visible in the media. I love these departments, don’t get me wrong! I think it’s important that they exist and I hope (and am campaigning to achieve) that they become larger and better structured, rather than remaining the “convenience stores” they are currently.


Locked in the perspective dungeon

But where do I stand in this context? Just like Wole Soyinka’s tiger: I pounce. I don’t ask permission to speak – or to be who I am. I certainly don’t limit myself to a single “perspective” that tries to define the literary and racist system for me; all this attitude would do is assign us to a compartment outside which the rest of the world belongs to them. We’re barricading ourselves away in the dungeon of the perspective while the creation, assurance and distribution of privileges for white people continues to be preached from the rooftops.
My black identity is what makes me “me” and grants me my membership of the world. I know where I come from, who and where I am (and why I’m specifically there), as well as where I plan to end up. I’m a black woman and I experience all the associated adversities within a society that’s structurally racist and multi-ethnic, like the one that exists in Brazil. Apart from that I’m free and willing to discuss everything relating to the creation of the 16 books I’ve written over my 13-year career as an author.

I will deconstruct racism as soon as I encounter it head on or pick it out subliminally by reading between the lines, concealed in what isn’t said in the creative processes. But that’s just one of the countless themes that interest me, mean something to me and beg to be addressed. The challenge is always the way I handle them, because the most important question defining a literary text is How?.
The themes that inspire me the most, alongside the ones I have to take a stance on anyway for reasons of ethics, respecting human rights and my critical attitude as a black woman, are: Africanisms, orixalities and the dialogue and tensions between (African, Afro-Brazilian, Afro-indigenous) traditions and the present. In this context I allow myself to be guided by the watchword that a tiger does not proclaim his tigritude (and neither does he ask permission for it), he simply pounces and confronts the world with his existence.

Cidinha da Silva is an author and publisher. She has published 17 books so far, and her work has been translated into Spanish, Catalan, French, English and Italian. She is currently a post-graduate in the Faculty of Knowledge Management at the Universidade Federal da Bahia.
Translation: From German by Jo Beckett
Copyright: Goethe-Institut Brazil
October 2019
Any questions about this article? Write to us!
Enviar esta postagem 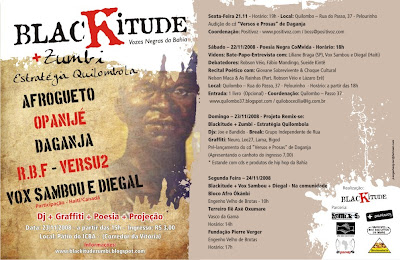 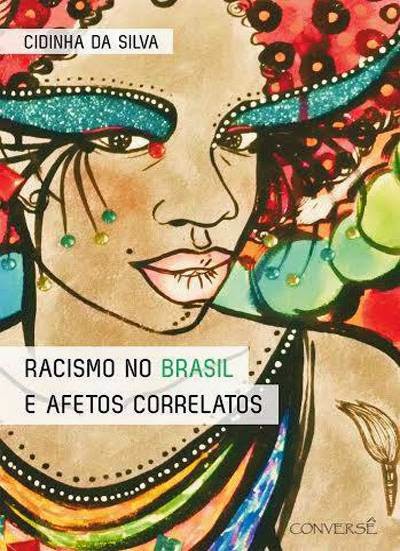 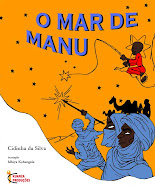 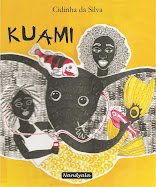